When I Was Just a Kid...Gail Gaymer Martin Gail Gaymer Martin is an award-winning novelist for Steeple Hill and Barbour Publishing with over one million books in print and forty fiction novels or novellas.That alone is impressive. But that is not all Gail is. She's helpful to other writers, has been a top counselor in Michigan, helping countless people,plays handbells/handchimes, sings and she loves her family and her home state of Michigan.

In 2000 author Lynn Coleman interviewed Gail, where Gail compared the Steeple Hill and Barbour (also including Heartsong) publishing lines that she writes for. Gail knows romance, and she definitely knows the Steeple Hill and Barbour Publishing lines. If you are a writer and are interested in writing romance for either of these companies, then it is well worth your time to check out Gail's web site,full of useful information (free!) Also, in December be sure to pick up her Writer's Digest book, Writing The Christian Romance. If you are a reader who loves a good romance, then pick up one of Gail's many books. (I'm looking forward to reading the Mackinac Island Anthology in my TBR pile that came out this spring from Barbour--loved Mackinac.) Gail says on her web site: Now as an award-winning author of over forty novels and a million books in print, I realize I was a slow starter. When I was in the third grade, my teacher wrote a prophetic message on my report card, "Gail is an excellent writer." It took nearly 50 years for me to realize she’d spoken a truth. Now a published novelist and freelance writer, I look back on my early writing and chuckle. As a pre-teen, I wrote a series of Nancy Drew-type mysteries, and in my teen years, I wrote romances --- but not knowing romance needed a happy ending, I often did things like kill the heroine off at the end. Needless to say, my first attempts at romance failed. 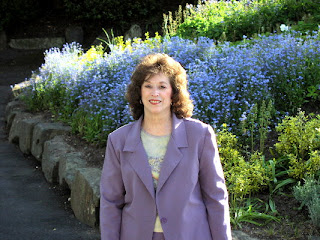 Discover with me what Gail was like as a child and teen:

Childhood Ambition: To be a movie star, a novelist (and when people let me know that was impossible) to be a librarian. I ended up a high school English and public speaking teacher until I received my master is counseling. Then I worked as a counselor for many years.

Fondest Memory (then): How can I narrow it down? Having a large role in my high school play was probably one. The worst memory was performing in a tap dance routine at the state fair and being so nervous I did the movements backward.

Proudest Moment (now or then): Selling my first book which was not a novel, but a book of Christmas worship services, but as powerful was selling my first novel.

Biggest Challenge as a Child or Teen: Having confidence in myself. People don't believe me who know me now, but I had low self-esteem as a child and teenager.

My First Job: Babysitting. But in a commercial setting, I was a gift wrapper and put out stock at a dress shop over the Christmas holidays.

Childhood Indulgence: Reading. I was a voracious reader. In the summer, I went to the library and brought home a huge stack of books. Then I would lay on a blanket in my front yard under a huge elm tree and read the summer away.

Favorite Outfit as a Child: I remember one Easter I had a pastel aqua skirt and jacket with a pink blouse and a hat of the same two colors. I also had new white shoes and handbag.

Favorite Childhood Movie: Snow White and The Wizard of Oz. Later it was a movie called Best Foot Forward, which was an old musical.

Favorite Childhood Book: Pollyanna, but most of all the Nancy Drew series

Any other life-changing events that you'd like to include here for your readers?:

Too many that come to mind. Learning that I was a good speaker and writer. Winning a dramatic reading speaking competition in college. Losing my dad when he was only 49. Being named one of the top counselors in Michigan. Selling my first books and realizing it was a new career.

If you leave a comment, I will enter your name in a drawing to win Gail's latest Steeple Hill book, In His Dreams, to be chosen on Monday, October 15! Escape to beautiful Beaver Island could be the answer to Marsha Sullivan's need for a fresh start. Since her husband's death four years ago, Marsha had lost her way, but on Beaver Island, she had good memories to help guide her. Running into Jeff, her brother-in-law, in this paradise turned out to be a blessing. Not only did they share grief in losing their spouses, but also a warm bond began to form between them. Did God want her to love again? The only thing she knew for sure was that being with Jeff and his daughter felt like family.

What is being said about In His Dreams: Top Pick! (4-1/2 stars) In His Dreams touches on sensitive issues, including the problems of an emotionally handicapped child. But Gail Gaymer Martin outdoes herself with the romance she threads throughout.

With Christmas In His Heart
Steeple Hill Love Inspired
November 2006

Posted by Crystal Laine at 4:31 PM

This is an interesting post and I'm glad to know about the new Writer's Digest book coming out.

I'd like to be entered for the book drawing :)

I love your books. I especially like those books that take place in MI. My daughter has lived in MI for many years. My daughter in son - a Coastie are station in Marquette.

Thanks for following through on your teacher's comment. We would have missed some enjoyable reading if you had not. Obviously it was God's will.

Thanks for your comments on this blog about me. I'm glad you enjoyed it and I admit it was such a unqiue blog that I enjoyed answering the questions. I hope those who write fiction are anxious for the release of my book Writing the Christian Romance. I have been so blessed to have this book accepted so quickly by Writers Digest.