My friend, Nancy, has this blog I read every time she posts. Her insight and humor just lift me to places in my soul that I didn't know existed.

This is a You Tube she had on her blog that hits me right where I live. I should just watch it everyday! I would be a better person, I think, if I did. Makes me laugh every time.

To Make Your Heart Soar 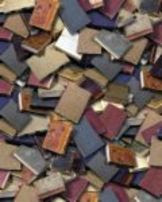 Many of you know that I work in the Christian fiction market. I've sorted through many a manuscript and have published reviews on over 800 Christian books (and that's not counting all the books I've read to get those!) I read. A lot. Anyway, right now in the blogosphere there are some people talking about what makes a book Christian? What are the Christian publishers publishing and why? Interesting thoughts. I don't know that there are any easy solutions to what to publish, but I do think it is going to become a hot issue as we head into 2009.

Anyway, I thought you might like weighing in on two blogs asking "What Makes It Christian?" And I'd love to know, do you read Christian fiction? If so, name your top 5 Christian fiction books this year. I'd really like to know.

Editor/author Karen Ball's blog, The Power of Words, The Magic of Story

and on Indiana ACFW member's Cara Putman's blog The Law, Books and Life.


Good stuff being said.This is a hot topic, fer shure.

I do think Kelli Standish (on Karen Ball's comments, scroll down on the most recent post) makes a very, very good point about the difference between a Christian fiction book and a book in the mainstream general. I think she has hit on the differences. Do look through the past posts as this topic has several posts.

I think this topic is heavy on the minds of all people in Christian publishing right now because everyone is talking about it.
Posted by Crystal Laine at 6:35 PM 2 comments:

Did they take a poll on this? It's been a long time since I've seen that movie, but if dead men don't wear plaid, then this is not the season to die. It appears that plaid is the fad of the season.

Now, when I was a young tender thang, I wore a lot of plaid. Our high school adopted the tartan plaid of the Clan Campbell of Scotland. We were (and it still is) the home of the Mighty Argylls. We wore an Argyle plaid. We also wore plaids of black and gold. Loved that stuff! I was pretty skinny back then, so the plaid was a good thing, Martha. I even had plaid socks.

Meanwhile, years have passed and not always so kindly to me. Look around you--plaids are even on your underwear. I kid you not. I suppose I can take a plaid inside my jacket, or maybe on a handbag. This is one girl who probably won't go for the plaid (although there are these readers glasses in red plaid that has me thinking twice about my NO PLAID AFTER 50 rule.) Most of my tartans and plaids belong on sofas and pillows, thankewverrymuch.

But I found myself in a plaid back in the day and decided to show you that indeed, not only was I paper doll thin--but I could wear plaid.


So, are you going to wear plaid this season, and if so, what color combos are you leaning towards?
Posted by Crystal Laine at 6:34 PM 4 comments:

Get Ready for Turkey Day


I'm sure you are a thankful person. I think most of us are. We have so many blessings and sometimes we do need to be reminded of those things in the midst of troubling times, but for the most part we are thankful.

Our Thanksgiving holiday has all kinds of traditions surrounding it with all kinds of stories from both history and our own families. My memories of Thanksgiving usually involve my Cicero, Indiana cousins, the Goolsbys, but sometimes we would go to Tennesssee for Thanksgiving. Occasionally, we had Thanksgiving with just my dad, my mom, and my brother and me--like in this photo.

I liked Thanksgiving because 1. we ate like fiends 2.the Macy's parade 3. there were no "scenes" played out like on other holidays because my dad stayed home 4. most of the time the weather was still nice enough to go outside 5. I truly was grateful to live in the land of the free and the home of the brave.

I loved Thanksgiving the most in the early years of my marriage. First, we were really poor so it was nice to have a homecooked meal with my husband's legions of family. One year I was pregnant with our first child and we went to Aunt Gladys and Uncle George's Kokomo home. Their house was small, but we packed over 50 people in there. And Aunt Lola brought home movies of my husband's grandfather and other family members butchering hogs. Now that was something to remember! That next week my Ob-gyn asked me about Thanksgiving and when I told him about the over 50 people, he asked if we rented a hall. (No.) Then, when I told him of the hog-butchering home movies, he just raised his eyebrows. (He had my husband in med classes, so he looked at him differently then, I think.)

Then, after we'd had all of our four boys, and we moved into a large house, we hosted the family Thanksgiving. Those are my favorite memories. My mother-in-law, Imy, would come stay and help me prepare, the boys would decorate and that was the best time. I will always remember that sweet time of my life. It never was the same since and I miss the people, the warmth.

One of my favorite Thanksgiving shows was WKRP in Cincinnati when the station manager decided to give away live turkeys--and dropped them like sacks of sand from a helicopter at a mall. Les Nessman reported and it was pretty awful. That was a funny show.

See if you know about Thanksgiving. This might be fun to do at your Thanksgiving gathering for trivia (or the winner could get the pulley wishbone of your Turkey. And this is why I'm posting this early--so you could use this quiz for your own Thanksgiving.)

What's one of your best memories of Thanksgiving? What are you most thankful for this year?
Posted by Crystal Laine at 7:05 PM 5 comments:

Here's something to think about today: (In the New Testament)

Posted by Crystal Laine at 12:12 AM No comments: 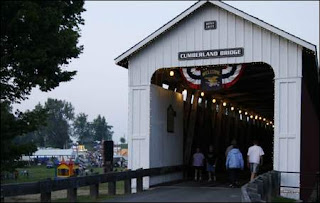 I've never been too fearful, even when I've looked violence and evil in the face when attacked.

As I've gotten older, some fears are surfacing, if just for moments when I feel tired and weak. I'd heard talk that in some cities today that people trying to vote have been intimidated by violence and jeered. Bad news. Would it shake me? Could I walk by and still vote my conscience in the face of those who do not respect freedom? It reminds me of the days of thugs and Carpetbaggers back in the post-Civil War days (not saying that I witnessed that first hand, mind you.)

I live in rural America. Bad things do happen here, but usually not the intimidation experienced at the voting places and the threat of violence toward those who think our country's Constitution is good as it is. I stood in line today for two hours with a police officer, a guy whose yard is full of the opposite party's propaganda and whose wife taught my kids and his kids did school projects with mine,a doctor, a college kid with a sharp wit, a beauty operator who had to leave line to go do someone's hair, and dozens of others whom I've known since I moved here. We chatted about motorcycles, kids, medical issues, the fact that in all of our years voting that we'd never had to wait so long to vote! But today I looked fear in the face at the polls. Teenagers, out of school(from my son's class at the high school) sitting in front of the fire station (educational experience???I think not, but hey) where I vote, jammed a basket of Tootsie Rolls in my face.

It came at me with both barrels. My stomach growled. Did I even eat breakfast? I couldn't recall. Should I cross my party line to accept Tootsie Rolls? The other side ran to get water bottles at the only gas station in town next door. Now, if he'd have thrown in the handbreaded tenderloins from the gas station (known to be the best,)I might have caved.

At that moment a lady, overcome by excitement, unseasonable heat or the 2 hour wait in tiny Matthews (population less than 400,) hit the ground. Fortunately, the ambulance was right there. I hope that she was ok, and prayed she would be fine as they loaded her onto the cervical board. They took the 15 mile trip with sirens blaring. We went back to our chatting and waiting.

I soon passed the Tootsie Roll station in the two-hour wait line.

I haven't seen that many people in Matthews since the Covered Bridge Festival. If we could bottle the people in Matthews and could get you to drink our Kool Aid, there would be no need for this hatefulness I'm hearing about around the country today.

I have never prayed harder or more frequently in the past as I have for this election. All of my boys (except the too-young high school kid) and my husband and I voted today. We feel a need to at least have our say. I hope it is not the last time we have a free election in this country, but no one knows what tomorrow morning will bring.


I do not fear tomorrow because I know Whom I have believed and am persuaded that He is able.

But, my flesh is sometimes weak, and I do like Tootsie Rolls.
Posted by Crystal Laine at 4:05 PM 2 comments: