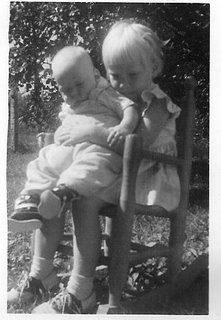 I swiped this from Delia. The ones I've done are in bold.

(This is weird. It said I couldn't publish this. Well, two posts in one day. Go figure. I will never figure this out.)

Number 150--Saved someone's life by leading them to Christ. Try walking the Romans Road. If you want to truly save a life, including your own, try reading this:

The Romans Road
What can I do to be saved?

I'm no theologian, but I am a Christian. Sometimes I have been asked what makes a person "saved" and what can he do to be a Christian (follow Christ? )Jesus is a man who walked and talked on this earth, who lived and died--but who was different, as he was sinless,he was fully man and fully God, and then rose from the dead. Jesus is living today, not on earth, but in heaven with God.

First, find a Bible. Any version will work. I happen to mostly use the New International Version, but there are many versions out there. Also, if you are already a Christian, but you are unsure of your salvation, this "road" I suggest reading is helpful to show that there is no doubt.

The book of Romans was written by the Apostle Paul when he was in Corinth. It is God's letter to YOU.

Rome was the capital of the Roman Empire and Paul was one of its citizens. Paul tried to show in this book (letter) that we are bankrupt with God and we are unable to pay for our sins. Under that premise, no one should ever be able to get into heaven--but for Jesus. Jesus made it possible. And He freely gives it to YOU, if you will only accept it.

Believe this story as if your life depends on it--because it does.
Follow the Romans Road:
1. Romans 3:23:
for all have sinned and fall short of the glory of God...

2. Romans 6:23: For the wages of sin is death, but the gift of God is eternal life in Christ Jesus our Lord.

3. Romans 5:8: But God demonstrates his own love for us in this: While we were still sinners, Christ died for us.

4. Romans 10: 9: That if you confess with your mouth, "Jesus is Lord," and believe in your heart that God raised him from the dead, you will be saved.*

It is that simple. Once you are saved--have confessed your sins and believe, of course, you are going to want to be with others who believe this same truth and to learn more about this amazing person, Jesus.
Posted by Crystal Laine at 7:51 PM

Ha, I like your list! My best friend Crystal is the one who had the 14-foot Burmese Python as a pet! I still shudder to think about it!

I love the Romans Road! So so so true!