Stars in the Night by Cara C. Putman 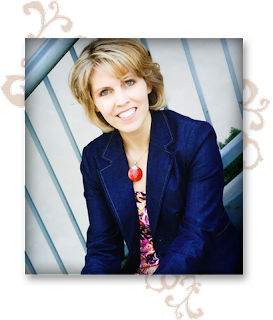 A Word From Cara:

I graduated from high school at sixteen, college at 20, and completed my law degree when I was 27.

My writing journey started in 2005 when I decided to write my first novel. Now I have eleven books published with more on the way.

People say I've accomplished a lot and that I must have life by the proverbial tail. Hardly! I grew up as a home schooled kid when home schoolers were misunderstood and oddities.

I struggle with balancing my writing and law career, plus being a good mom and wife.

I often fear people won't like my books.I've walked through the deep pain of miscarriage.Really, I'm just like you – I don't have it all together and have gone through tough times. But in His strength, I've discovered a strength I never knew I had. A strength I want you to discover, too.

In the end I'm just an ordinary mom who has seen God do some wonderful things as I've been obedient to step into the calling He's led me into. 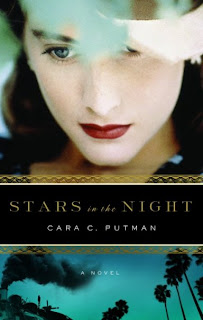 Stars in the Night Background

Stars in the Night was an idea that had begun to percolate in my mind. I’d written two World War II series and was actively looking for my next setting. My husband, a huge World War II history buff, and I were kicking ideas around, and I’d decided Hollywood was probably the next place for me. I’d gone to the library and gotten a stack of research books when I got the call. An editor I knew but had never worked with wanted to know if I might be interested in a new line they were starting. As we talked, I got so excited. And then she emailed me their guidelines, which listed that Hollywood was a location they were interested in setting books.

Only God could have known ahead of time. But because I followed His prompting I was ready to run with an idea. Stars in the Night is the result.


Any day Audra might have been flattered by the friendly overtures of Robert Garfield, a real-life movie star. But on the flight from Indianapolis to Hollywood, Audra can think of little else than finding her missing sister. When Audra arrives in the city of glitz and glamour, and stars, and learns her rising starlet sister has been murdered, all thoughts of romance fly away.

Determined to bring the killer to justice, Audra takes a job with the second Hollywood Victory Caravan.

Together with Robert Garfield and other stars, she crisscrosses the southern United States in a campaign to sell war bonds. When two other women are found dead on the train, Audra knows the deaths are tied to that of her sister.

Could the killer be the man with whom she's falling in love?

If you'd like to read an excerpt of Chapter 1 of Stars In The Night, go HERE.

Contest: Lots of opportunities to win and great prizes, and the grand prize contains some of Cara's favorite classic movies as well as all of her WWII novels: Launch Contest!

YOU MUST GO TO THIS BLOG TO ENTER THE CONTEST! DO NOT LEAVE COMMENTS HERE! (Hurry as contest ends July 31st,2010.)
Posted by Crystal Laine at 6:26 AM

Thanks, Crystal. I'm rushing over to the contest.

And thank you for dropping by my blog while I was on vacation!