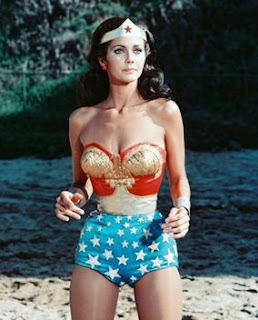 I write. I read. Sounds simple, hey? Yeah, simple as opening a vein. (Sometimes when I read, I cut out a person's heart, I'm sorry to say. Colleen Coble might do that when she writes...)

I've heard my fellow writers complain how the real world people don't understand that when they are writing, they don't have time to do other things. This usually gives a real world person an invitation to impose or request on your time. If you are a writer, have you heard any of these comments/questions?

And the beat goes on. Writers get no respect.

(You can add yours to the comments!)

Writers have to commit to a rigorous schedule and even when a writer is "doing nothing," he is writing--picking up a bit of dialogue, working out a plot point, building a hero. Time is all good to a writer and even the bad day isn't wasted on him.

When I was at my writers conference this past summer, we were reminded of how Aleksandr Isayevich Solzhenitsyn wrote his story, One Day in the Life of Ivan Denisovich published in 1962. He had lived the life of Ivan in the Gulag, a Soviet labor camp system. I read it in high school. It affected me the same way that Anne Frank's diary had. But it was Alesandr's own life that really touched me. He was born on December 11th, my birthday, too! (Different years...)

His mother was a widow by the time he was born. His dad was killed shortly after she became pregnant, and she and her sister raised him in meager circumstances. Aleksandr's father had been in the Imperial Army, so she kept that fact of Aleksandr's father a secret for reasons of safety. She also did something not looked upon with favor--she raised him in her faith of Russian Orthodoxy. She was educated and encouraged his literary leanings. (We all have someone at some point on our road to literary life. Who was your encourager?)

He was sent to hard labor in the Gulag because of something he wrote. He paid for that writing, but he never stopped "writing" even though he didn't have ideal conditions to write (it stayed in his head at this point.) When he was finally released, he had to write in the dark of the night, and bury his writing each and every day.

He said, "during all the years until 1961, not only was I convinced I should never see a single line of mine in print in my lifetime, but, also, I scarcely dared allow any of my close acquaintances to read anything I had written because I feared this would become known." (From his speech when he accepted the Nobel Prize.)

It is scary to write--whether you are writing a 600-word article, an 150-word book review, a 400-page novel, a letter to the editor. Writing requires you to reveal something about yourself. You are at risk somehow. In light of Aleksandr's road to being published, hearing someone say, "Oh,if Crystal can do it, anyone can!" doesn't sound so harsh. Maybe the hardest thing to do of all is show that writing to a reader. If you write it down, it begs to be read.

I always joke (half-seriously) that I would read my friend's, Paula from Alaska, grocery list. I would prefer to see her books and writing in print, but I will wait. I love to read and I have put off my own writing at times to read someone else's writing. Yesterday, however, I was struck by my time growing shorter, and for me to put down those stories I was afraid to tell. I made a new outline, wrote some things down, and am committed to finishing that particular story. I have another one I will finish first, because I said I would.

If you are a writer, you are brave. Go write.
Posted by Crystal Laine at 4:31 PM

Great post. You are brave--write. What terrific encouragement for all who tremble in fear about their writing.

I'm glad you wrote this and I stopped by to read it.

Ditto what Terry said, girlie! I'll be thankful to read whatever you write, anytime you'd like! Love your transparency, bet your stories are real, just like you . . . and the Velveteen Rabbit!
Be afraid, write anyway! Hugs!
Carrie

We would all love to be Wonder Woman, but we aren't. Next best is to be ourselves. =)

I love this post! And don't so much love how true it is that people don't think you're doing anything when you're writing.

If you are a writer, you are brave. Go write. I think I'll do just that!

I also can't wait to read anything you write!