When I Was Just a Kid...Marti Kramer Suddarth 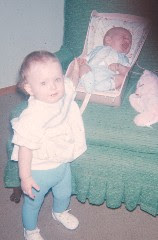 Even as a baby Marti Suddarth was watching over children. Her whole life has centered around family and children. And because she is a fellow Hoosier, her stories seem incredibly familiar, even though I just met her a few years ago in my SALT (Struggling Artists of Literary Talent) group. Of all the memories I've collected so far, some of Marti's resonant with me. See if you don't find a familiar chord, as well. She is kind to everyone, even giving in to keep a stray dog who came to liven up their lives--Splash, The Wonder Dog, a dog of beagle persuasion.


Marti has a special talent for music and writing songs and skits to use with kids--and she is music CD reviewer, publishing reviews in various places. Her writing revolves around things to do with children. She's married to a music teacher(Daniel--22 years! and she looks like a kid still) and they have 3 children (Kate, Scott, and Abby) who all exhibit many talents that she has nurtured. Oh, and did I mention she's a teacher?


Fondest Memory (then): Wow! I have so many good memories, it would be hard to pick ONE. I remember "camping out" in the living room with my brother and sisters. We'd drag our pillows and blankets into the living room and sleep there - all 5 of us. I remember stopping the Merrymobile to get ice-cream. My brother and I would each have a nickel and the Merrymobile would actually stop!My sister Emily and I used to stand in front of the mirror, singing into hairbrushes, pretending we had our own TV show like Donny & Marie! When I was in mid-to-late elementary school, my dad rode his bicycle to work, just a couple of miles from home. Every once in a while, I'd get to go out to breakfast with Dad. Mom would wake me up early, I'd get dressed, and then Dad and I would ride our bicycles to the Farmer's Daughter Restaurant for breakfast. We'd ride most of the way home together, until we had to part company. I'd go home and Dad would go to work. I'd usually get home about the time my brother and sisters were getting up to get ready for school. (Of course, they had their turns too.) I loved going out for breakfast with Dad!

Proudest Moment (now or then): I know it sounds corny, but I'm so proud of my children. What could I possibly do that would top having these three wonderful people calling me, "Mom?"

Biggest Challenge as a child or teen: I was such a geeky child. Really. I was short and skinny and covered in freckles and I had big, huge glasses. Of course, I was extremely UNathletic. I was the child who sat in the corner and read books almost as fast as I could turn the pages. So I suppose my biggest challenge is that I never felt like part of the crowd. I always felt like I was on the outside. And I guess that makes me pretty lucky, huh? Think how many people have worse problems .... health problems ... family problems ... and the worst thing I can say about my childhood was that I was a dork.


My First Job: I used to give piano lessons to several children in the neighborhood. I think I only made $2 a lesson, and I had to walk to their houses! Of course, to a seventh grader, that $2 seemed like a lot of money.


Childhood indulgence: The Merrymobile ... breakfast with Dad ... trips to the zoo with Dad. (He's such a big kid, I think he loved going as much as we did.)

Favorite Childhood Movie: I don't know! When I was in grade school we watched an old black and white movie called "Life with Father." (Elizabeth Taylor was a teenager, and one of the policemen from "Adam 12" was a little younger.) Some of the humor was so subtle (especially the part about the pug dog) that my brother and sisters and I loved that movie and still talk about it, even though I haven't seen it in years.

Crystal Editor's note: Marti knows more about old TV shows than anyone I know. She is a walking library. And she knows all sorts of details--in case you need an expert when you're writing. Ask her or daughter Katie about Star Trek.


Favorite Childhood Book: Laura Ingall's Wilder's "Little House" series. I read them over and over, and even now, as an adult, sometimes I feel a little nostalgic and go read them again.

Childhood hero: This'll be the third time I've mentioned this, but in the mid-1970's, I thought that the people who wrote "Schoolhouse Rock" had THE best jobs in the world!


Favorite Childhood Easter Memory: I don't know that there is a specific memory so much as remembering my Easter dresses. My mother is such an amazing seamstress ... and when I was really little, she made me dresses every year. I always thought mine were the best because everyone else had store bought dresses, but mine were made by Mom.


Crystal Editor's Note: Marti is famous in our SALT sisters group for telling stories about her family. They are really good stories. And she could not resist telling us a story about children in her life as an adult. So, because Marti is a good storyteller, I am indulging this here! (Hey, I'm the boss of this blog...)

The Kramer Sisters (brother Bill is in the baby photo above.) Marti is to the left.

And if I'm allowed into adulthood :-): Several years ago, all 5 Kramer children and their spouses and children met at Mom & Dad's for Easter weekend. Mom asked sister Nancy and Kate & Scott to color the eggs on Saturday ... pointed them out in the fridge and then left them to do the coloring. They colored ALL of the eggs in the fridge, instead of just the hard boiled ones. So the next day, not knowing which eggs were which, Mom hid all of the eggs and told everyone just to be very careful when eating the eggs later.


The egg hunt went well. The grandchildren found them all. My nephew Logan (probably 8 at the time) had a stuffed snake ... it was so long he could coil it around his neck and still have plenty of snake left to scare cousins with. He jumped out at Abby (age 4) & scared her with his snake. Abby was so startled that she dropped her basket. And that's when we found some of the raw eggs! Of course, it ruined her chocolate bunny.

Logan felt so badly about it that he gave his bunny to Abby.That was a really special memory for me because it showed what a kind, concerned young man Logan already was, and still is. He was only 8 but already understood how to show Jesus's love to other people. 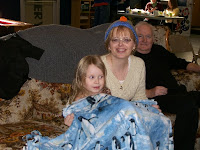 Crystal Editor's note: Now, see why I love Marti? She's a genius storyteller. She should be writing Hoosier novels. Just my professional opinion.

Marti's book of children's sermons is coming out in CSS's Fall catalog. It is, as yet, untitled (though it could possibly be: Four-minute Lessons for Young Ears, Eyes, and Hearts. ) 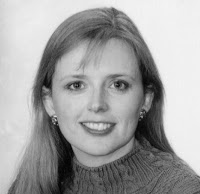 She also has written stories in compilation books, including Chicken Soup for the Shopper's Soul.

Oh, one more thing to mention: she's a Daughter of the American Revolution and an expert in genealogy. Marti is one of the unrecognized geniuses of our time. Keep an eyeball on her.

Hot off the press! Looking for a book to help with your children's sermons? Marti has written it!