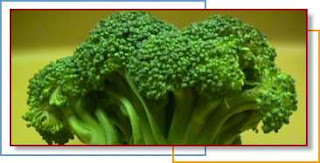 It's no secret that what you eat can win you friends or lose you friends. Ever heard the ditty--"Nobody likes me, nobody loves me, guess I'll go eat worms?"

What you eat can either bring friends together, or separate you from people. I grew up with this extreme belief that what you ate might even affect your salvation! And there were people who called the kids "cabbage eaters" but I also had friends who were called "mackerel snappers." (Based on their food laws of their religion.) Prejudice was dispensed by what you ate. This goes back to the beginning of time when the whole fall of the world was based on picking a fruit from a tree that God forbade. Maybe eventually, when Adam and Eve were ready for it, God would've allowed them to eat it, but at the time, they were not ready for it. Sad, but true. Nothing brings us together or separates us more than the dinner table.

My friend, Sabrina,(see the previous blog entry's comment) was kidding (I know her personally, she really is kidding, so don't worry,) but there is a little bit of truth in jest. I've actually known people to disassociate from people because of their diet.
("I can't be with you if you won't eat broccoli, dahling.")

Lately I've been studying diets and what are the best things to eat. One of my exercises was to use these tasting strips to see if I am a taster, super taster or non taster. This is genetic. This may explain why you love the cuisine of a certain culture--you may be genetically predisposed to certain diets. They are still studying this. Also, on some diets, you may lose weight, but on others you can't shed a pound, while your friend is melting away. Why is that? Is it true that some foods are toxic to you? It is true that some people are allergic to certain foods. My friend, April, seems to be allergic to mushrooms (and maybe Sabrina is too! Sorry, April, I heard it through the family grapevine--nothing is sacred. Ahem.)

My brother is allergic to shellfish. Interesting, as I do think my mom's sister, though she never ate a shellfish in her life (due to religious reasons) was also allergic, because she wasn't able to have a certain dye injected for heart studies. My son, Jordan, (the oldest) when he was under 2-years-old, couldn't eat strawberries. He broke out in the worst hives. There are certain foods that I just hate. Maybe it's because of texture or because of the appearance, or the smell--whatever the reason, you do know when you dislike the taste of a certain food. (Ask Sabrina about mushrooms! ha)

My husband is considered a super taster. He can tell certain nuances in foods and know exactly what is in there. When we were first married, we had a strict budget and I had to be careful not to burn or mess up recipes. One day, in a hurry to get a pot of chili on, I accidentally threw in some cinnamon instead of chili powder (similar-looking boxes, OK?) I scraped as much off the top as possible, but of course, some had already sunk into the mix. Sigh. Not able to throw out the whole batch, I decided to "doctor" it as best I could, and then, a plot hatched for me to try and outwit my husband, not wanting to admit what I'd done.


I had some applesauce, so I served a small bowl alongside the chili. On top, I sprinkled it with, you guessed it, cinnamon. As we ate, Chris paused to really "taste" what he was eating.

"I think it has cinnamon in it."

"Oh, ridiculous! It's your cinnamon on your applesauce."

"No, no," as he pushed the applesauce as far away as he could reach," I taste cinnamon." And he tasted the chili again, not like shoveling in the daily gruel, but as a connoisseur, or worse, a food critic, would try and distinguish each morsel.

Accusingly, he looked at me as I tried to concentrate on my spoon.
"Did you put cinnamon in the chili?"

At that point I broke down as I've never been much of a liar. Obviously, it never works out for me. This story has stayed with me for 27 years. Oh, yeah. But if you want to know the truth, I kind of liked the cinnamon in the chili. I understand that this is the Cincinnati way of making chili.

Anyway, my point is that we all have certain tasting capabilities. My husband reacted horribly to the taste strips. The bitterness applied to the strips is not unlike broccoli. When you were a kid, did you absolutely hate broccoli? You may be a super taster. You are going to react differently to foods than a mere taster. And I suspect that my friend, Sue, is a super taster, as well. She is quite discerning (and could even throw up! ) is something doesn't taste quite right to her. Her husband, Gary, is a non taster, I'm thinking. He could taste a stick and say, "It's not too bad." (LOL)

Think about the foods you absolutely love. Think about the ones that if you never ate again, you would never miss them. As I look over the types of foods that are supposed to be detrimental to me, and the foods that helpful to me after this taste test, I realized that I've been eating a lot of foods that are toxic to me, and may have contributed to my winter blues and weight gain. I felt sluggish and fatigued. So, I'm revamping my diet, and in order to do that I have to also look at my family and their best foods. I've been eating what is best for them, not for me. Long gone are the days when I have to squeeze every lemon for it's last drop of juice. I am more comfortable now and have a wider margin of error for meals. (My husband praises God for this.)

It's wonderful to live a cross-culture of many foods and tastes. Even in Bird's Nest, Indiana we have a wide variety of types of cuisine.

So, name the food(s) you hate the most. Now, name some things you absolutely love. Is it good for you? Do you feel better having eaten it? Now, here's the surprising thing I have discovered in my reading. You know how they say, "An apple a day keeps the doctor away" ?? Well, turns out, for some types of people, apples are actually not good for them. Apples can be toxic to certain types of people. Ask Jordan if he wants a strawberry. He has long outgrown the allergy (no hives) but I would guess he still doesn't eat strawberries because he doesn't really like them!

There have been kids who came to my home who didn't like the taste of meat. Now, for many years, we based our entire menu on various meats. Made it tough for those who just didn't like meat, or for whatever reasons were vegetarians. When I went through my 10-day detox, I didn't eat meat. Guess what? I found out I didn't miss it. And it may turn out that meats are toxic to my particular type of system. But for some in my family, meat is a beneficial element to their diet.

Anyway, don't judge a person by his plate or cup. You just never know. God made us unique and gave us each our own set of taste-genes to keep us safe and healthy.
Posted by Crystal Laine at 12:09 PM

You know, I've noticed that some foods are better for some of us than they are for others but I'd never really thought of it in those terms. My husband is a big fan of Atkins'. He does really well on it. I, on the other hand, cannot do it. If I try to eat that much meat and that few veggies and fruits I feel so incredibly drained. Like I haven't slept for days. Never thought that those high protein foods might be toxic to me, but you never know.

I find this topic interesting. Before we knew my Tanner was different we used to struggle with his eating. Every single night the child wanted "green beans, carrots, and corn" Every night the same thing. Absolutely no meat. It was so hard for me because not only was I cooking two different meals, I worried about his health. Those vegetables actually have a lot of starch in them.

Later we realized that food is difficult for Tanner and the thought of trying new food isn't just uncomfortable for him, but it's stressful to the point he makes himself sick. By not pressuring him, we've made huge progress and the boy will even eat a few meats. :) Woohoo!

Anyway, cool topic! BTW how is the diet going for you?

Very interesting subject. I figured out a while back that some diets just don't work for me.

As a kid, I hated almost everything. My mom and dad forced me to clean my plate every night, no matter how long it took. Sometimes I sat by myself at the table for 2 hours.

Today, I like almost everything. I can "taste" things before I cook them as I consider how I want to prepare a meal. I have to smell things before I eat them. My husband laughs at me over that.

Unfortunately, I like food too much now and use it for just about everything from comfort to celebrations. And yes, I'm about 50 pounds over weight and trying hard to get it off. It's hard to lose weight when you're 49, sleep deprived and stressed, but I found that if I control my portions and get out and walk everyday, I have better success than any thing else.

I love this post, and it's very timely for me.

I started the South Beach diet for life this past Saturday. For the past 11 months, we had been eating very poorly (younger son moved home and we had to stretch our budget tooooo much so we ate very cheap.) But after he moved out again, we realized what damage we were doing to ourselves, so I went on the South Beach diet. Hubby will join me in one more week - he's diabetic and is supposed to skip Phase 1.

The freshness of this diet is tremendous. I've not ever paid much attention to fresh, crisp, fragrant parsley before - but this week, I've enjoyed it immensely. I'm one of those "super-tasters" and have been amazed at the flavor in all these fresh foods. He's been amazed that he likes so much variety!