Age Before Beauty by Virginia Smith

One of the favorite aspects of my job is to get books to read. Someone once said that since they'd learned to write fiction that it ruined reading for them--they always wanted to edit or fix the books they now read. Not true with me. Unless I'm reading a book for review or judging, I really can let myself be lost in the story, just for fun.

My friend, Ginny Smith, writes such books that allow me to kick back and just read for the fun of it. Her books are fun and about real life. Her latest book in her Sister-to-Sister series just came out, Age before Beauty (by Virginia Smith, Revell.)

About the book:
Age before Beauty (Book 2 in the Sister-to-Sister Series)

Desperate to stay home with her baby, Allie Harrod launches a new career. Sure, she dropped out of Girl Scouts because she was lousy at cookie sales, but makeup is different, right? She'll do anything to make enough money to cover her share of the household bills, but how can she focus on her business when her list of problems is growing? None of her pre-baby clothes fit, her checking account is dwindling, and her mother-in-law has decided to move in! To top it off, her husband's attractive coworker suddenly needs his help every weekend. Middle sister Joan insists that God has the answers to all her problems, but Allie isn't so sure. Can she really trust him?


Ginny answered these questions about Age before Beauty to give you an idea of the way she goes about writing her novels, and this one in particular. If you are working on your own fiction, there are some things to learn about that process that she shares:

What was the inspiration behind Age before Beauty?

Allie is a typical older sister, used to controlling everyone and everything. Okay, I admit it – I’m the oldest of three sisters, so a lot of Allie’s struggles came straight from my own life. Also, my middle sister gave birth to a baby right before I started writing Age before Beauty,so of course some of her thoughts and feelings had to show up in the story as well. I had a lot of fun blending characteristics and experiences from both of us.

 Do you often put yourself into your stories?

There’s a piece of me in every character I’ve ever written. If I’m going to write a believable character, one that resonates with a reader, I have to be able to get inside her head, and in order to do that I have to find some common ground with her. But often it’s just a minor element of commonality, and pretty soon the character’s personality begins to grow and take on unique qualities. Allie, for instance, is the ultimate problem solver, and that comes directly from me. But some of her conflicts—like with her mother-in-law, for instance—are all her own.

 When a ‘rash’ appears on Joanie’s face, Allie panics. Have you ever
overreacted to a situation involving your child?

Yes, that’s one of the things I pulled from my own life. My ‘baby’ is twenty-six years old, so I had to dig into some pretty old memories. But I still remember how embarrassing it was to sit in the doctor’s office after an emergency phone call and have him tell me my infant was not dying of a terrible disease, but just had a case of gas.

 Eric and Allie were raised in vastly different environments, and that
affects their marriage. Do you think that happens in real life?

Definitely. Children build expectations about their own romantic relationships based on what they saw growing up. So when our parents’ marriage fails, as Allie’s did, that’s bound to affect how we approach marriage. In Allie’s case, she sees similarities between Eric and her father, and she leaps to the conclusion that that Eric will one day leave her, as her father did. I had the same fears in the early years of my marriage. It took me several years of counseling and prayer, but I know
I serve a God who overcomes obstacles. Today my husband and I have a strong, thriving marriage.

 Allie jumps head-first into a home sales business, selling makeup and
cleaning products. Any basis in reality from that situation?

Not personally. That element of the story came from the accumulated experiences of several young moms I know. One is my sister, of course, who yearned to stay home with her new baby. And one is a friend of my daughter’s who did quit her job and launched a makeup sales business in order to stay home with her infant. I’ll be honest about something–when I first got the idea for this story, I intended to poke a bit of fun at the ‘pyramid scheme’ type businesses. But a funny thing happened. This young mom loves her business, and she’s become wildly successful at it. She credits her business for changing her life in many ways. I interviewed several others who told me the same thing. My perception of that type of sales job totally changed. So the story became less about poking fun at that industry, and more about the extremes an obsessive personality will go to in order to accomplish her goals. I think the story is much better this way.

 Is there an overall message in Age before Beauty?

Well, I didn’t set out to write a book with a message. I wanted to write an entertaining story with realistic characters that people can identify with. But I’m a Christian, and I write from a Christian worldview, so the hope I have in the Lord comes through in all my books. In Age before Beauty, I hope readers walk away with a renewed sense of assurance that God is in control, and that no problem is too tough for Him to handle.

 Age before Beauty is the second book in the Sister-to-Sister Series,
following Stuck in the Middle, which was about the middle
Sanderson sister. But there are three sisters. Will there be another
book?

Absolutely! In fact, I just finished writing the first draft of Last but Not Least, which will hit bookstores in February of 2010. The central character is Tori, the youngest Sanderson sister, whose life is completely different than the other two. She’s a professional girl, a real ‘chick’ with a fetish for designer clothes. There are some really funny escapades in that book, and of course more of the heartwarming family relationships that I loved in the first two. Last but Not Least will wrap up the Sister-to-Sister Series, and I’ve thrown in a couple of surprises that I think readers will enjoy. 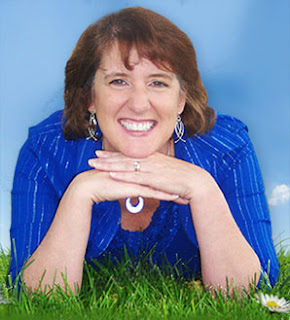 Virginia Smith left her job as a corporate director to become a full time writer and speaker with the release of her first novel Just As I Am. Since then she has contracted ten novels and published numerous articles and short stories. She writes contemporary humorous novels for the Christian market, including Murder by Mushroom, Stuck in the Middle, and her newest releases, A Taste of Murder and Age before Beauty.

In March of 2008 she was named "Writer of the Year" at Mount Hermon Christian Writers Conference. An energetic speaker, Virginia loves to exemplify God's truth by comparing real-life situations to well-known works of fiction, such as her popular talk, "Biblical Truths in Star Trek." Visit Ginny online at www.virginiasmith.org.
Posted by Crystal Laine at 8:37 PM