She's Out of Control

Back a few years ago, my life was sweetly contained. My five men were all living at home and in sizes that were manageable. Look at their sweet faces. Makes you want to just pinch their cheeks, doesn't it? 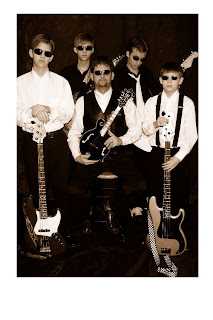 If I'm not answering my overflowing email, or seem to be distracted, it's because I'm not keeping up with details as well as I used to! This weekend was sort of a tipping point for me. Three of the four boys I call my sons went off to college. All three are going to the same place, and two are living in the same apartment. It's odd for me to see the house in some sort of quiet. I am not handling it well. The fourth one has become a fisherman and he's a junior in high school. In two short years he'll be gone, as well. (And if any of you have raised high school upperclassmen, you know how much they are home.)

And because two of them moved out (supposedly "for good,")I am re-evaluating my living space and trying to figure out how to cook for two, three or four, rather than the usual army of men (they tend to bring their friends with them, and even some of them have called me "mom.")

It's a little unsettling because I also need to face ME. Who am I again?? I have been defined as Chris's wife, Jordan's mom, Jared's mom, Bryce's mom, Max's mom and a blue-million other titles that aren't Crystal. Who is this Crystal person, anyway?? Does anyone really know her for who she really is? The new photo of me is still in development. If I get in control of myself, I'll let you know who she is.

If you want to see how my guys have grown (and one of them grew 5 inches this summer,) just take a look. Tough, independent, strong-willed, talented, musical, smart-- 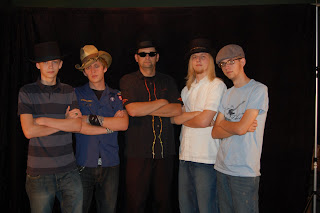 I still want to pinch their cheeks. And I still remember their tender little faces before they got whiskers and aftershave. (Even that one in the middle.)

Hopefully, by tomorrow I will get back on track here with When I Was Just a Kid interviews, my memoirs, and maybe I'll throw in some thoughts on writing (since that's what I help others with.) Maybe I'll post more often, if that guy in the middle isn't dragging me off on the motorcycle to destinations unknown or having me work on music.

Maybe some of you will help to keep me on track, too. Let me know what your favorite items are on this blog, if you will, please? (Check the poll above.)
Posted by Crystal Laine at 9:44 AM

Email ThisBlogThis!Share to TwitterShare to FacebookShare to Pinterest
Labels: My boys, When I Was Just a Kid

I know just what you mean about the kids getting older. Our oldest just re-enlisted for another four years in the USAF. The second to the oldest graduated college in May with an English/Literature degree (I'm so proud) and two graduated high school (my youngest step-daughter and our niece that lives with us). Now those two are starting college classes in one week. One of them is moving into a dorm. The other one spends most of her time at her sister's apartment and is rarely at home. ::sigh:: I do at least still have my little ones, that helps. I'm dreading the day when they're all grown. Then it'll just be me and my husband and while I love him I'm not too sure if I can stand him that much. (lol, just kidding).

btw, those are great pictures of all your fellas.

I love this. It's good to hear from Crystal the writer again (and not just Crystal the writer-helper). I like the When I Was a Kid profiles--a great idea--but I miss hearing from you. I miss your voice and look forward to read more of it.

Great photos. They are all so handsome.

I love your boys...what great personality. ;) My Tanner informed me that he's never leaving me and he's having an apartment built in his home for me to live in so I can take care of his kids. LOL.

He's so funny. I know he's going to blow me off as soon as he's old enough to drive. But it's sweet that he thinks he'll always want to be with me.

P.S. I think this is a great time for you to sit down and figure out what you want from your life. Who do you want Crystal to be??? I can't wait to see what you come up with!!!