When I Was Just a Kid...Trish Perry 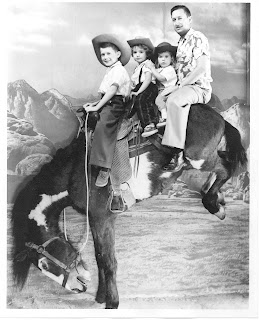 Trish Perry grew up as a middle child in a family of five kids. She fantasized a lot about things, which contributed to Trish's knack for thinking up good stories today! Check out what Trish has to say about this:

Okay, my Psych degree will peek out from behind the curtain here. I was a middle child and was thus rather invisible. My opinions and my preferences were never solicited. So I spent a great deal of time fantasizing about how I wished things were; how I would like them to be in the future. Absolute breeding ground for a control freak and/or a novelist! I loved the escape provided by books and movies. I embraced other people’s stories and quite easily placed myself in the heroine’s role. Now that I’m pretending to be a grown up, that personal quality has proven to be a big help in imagining stories to share with readers. And I don’t believe I’ll ever be able to end one of my books unhappily; not unless I get to do a sequel and make it all better!

So, what kind of a childhood did Trish have to turn her into the fun author she is today?

Where did you grow up? California, Colorado, and Virginia


Childhood Ambition: I know I fantasized plenty about becoming a famous actress. Total fantasy. I never even tried out for a part in a school play, because I was so shy.


Fondest Memory (then): My family didn’t take many vacations, because my sister had serious health issues. But one summer we spent a week in a cabin in Yosemite National Park. I remember how sweet the water from the spring tasted. I remember driving through the Redwoods (and literally driving through one, which was carved out for cars to pass through). I remember my teenaged brother growling like a bear outside our cabin window and how embarrassed he was when people thought he was growling at total strangers.


Proudest Moment: Veteran’s Day four years ago. My son’s elementary school invited family members who were Vets to a ceremony in their honor. When my father (then 82, and also pictured with Trish and two siblings on the horse above when he and Trish were much younger) was introduced, and his World War II record of 85 flight missions was announced (25 missions was more common), every Veteran there stood and applauded, followed by the rest of the adults, then all of the children. My father stood at attention, among all of that applause, looking straight ahead, just as the soldier he was all those years ago. I couldn’t have been more proud. I still cry when I think of that day.


Biggest Challenge as a child or teen: Overcoming my shyness! I was so shy I ended up having to stay after elementary school to finish a test, because I was afraid to ask if I could use the pencil sharpener once the test started. I was even too shy to ask to be excused to use the restroom, and you can imagine how that played out! The memory of my shyness gives me such a heart for children who feel unworthy of attention. Unfortunately, the way I overcame my shyness was by dabbling (as a teen) in illicit substances which lowered my inhibitions. I think many teens veer into vices for that very reason.


My First Job: I worked in a Konditorei, which is a German pastry shop. Whoa, Nelly, was I in Heaven. Sacher Torte, Schwarzwälder Kirschtorte, Linzer Torte, ach! I ate three outrageous pastries every day and never gained a pound. Those were the days. Today? I just put on two pounds typing this paragraph.


Childhood indulgence: Despite my shyness at school, my sisters and I used to put on plays for the neighborhood. Can you believe the other kids actually came? My older brother would handle the music, sound effects, and lighting, while my sisters and I wrote and performed. I don’t remember what the plays were about, but they were mysteries and often involved horrible attempts at British accents. I cringe (laughing) at the memory. We were such nerds!


Favorite Outfit as a child: My younger sister and I were two years apart and fought with each other constantly. But we enjoyed trying to make people think we were twins, so my favorite outfit was often the same thing my sister was wearing (Mom often bought us matching outfits). Of course, when we were teens that all changed. By then I was buying my own clothes. My sister still often wore the same things I wore, but they actually were my clothes, which she would secretly steal from my closet. She liked to wear them when she was eating spaghetti or mud wrestling, apparently.


Favorite Childhood Movie: My mother took me to see an old rerun of a movie called “Prince Valiant,” with Robert Taylor (old time actor) in the title role. I was so young, but I still remember thinking he was the most romantic figure ever, and I loved the movie. I still remember the first time I saw Robert Taylor as a modern man, without the pageboy hairdo. Oh, the disappointment! He looked like he could be my dad!


Favorite Childhood Book: My Father’s Dragon, by Ruth Stiles Gannett. I think it might have been the first book I checked out with my own library card, because the impression is so strong. I had such fond memories of the book that I bought it for my own kids, who weren’t quite as impressed with it as I was. Just thinking about it makes me want to go dig it out of the shelves for another look!


Childhood hero: I’d have to say my older brother had an enormous, positive effect upon me as a kid. He’s about seven years older than I am, and he’s brilliant and one of the wittiest men I know. When we were kids and he gave me encouragement, it stuck forever. I wish I had been under his wing more closely before he left for college—I think his influence would have been good for me.


As a Child I Never Expected as an Adult: I never expected I would love parenting as much as I do. I was one of five kids, and, as I said, my older sister’s health was so bad it was practically another person in the family. So my parents had their hands full and did the best they could to nurture all of us, but it often seemed as if parenting were a chore for them. Once I became a mom, though, I couldn’t believe how much I loved the job. I realized I had a chance to influence another person as I never could otherwise. My kids fulfill me by the way they’ve turned out; they bless me with assurance of a job well done. 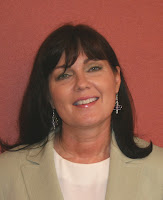 To learn more about Trish Perry and see photos, her books and links go to:
http://www.trishperrybooks.com/


If you would like a personally autographed copy of a book by Trish Perry go to:
http://www.signedbytheauthor.com/1273.html

TOO GOOD TO BE TRUE (Harvest House 2007)
Trish Perry, author of the charming novel The Guy I’m Not Dating, follows up with a contemporary, humorous tale of how love and life unfold in surprising ways.

Rennie Young, heroine of Too Good to Be True, meets the gallant Truman Sayers after she faints in the boys’ department of the local super store. Despite this unromantic introduction, Tru Sayers, a handsome young labor–and–delivery nurse, seems like a gift from God. But a recent divorce and other life disappointments cause Ren to question whether she can trust her heart and God.

This clever novel encourages readers to lean on God’s leading and to be open to life after the hurt—even when it seems too good to be true.

Trish is also a 2007 Inspirational Reader's Choice Contest Finalist in the Long Contemporary category along with 2 other Christian authors!

THE GUY I’M NOT DATING (Harvest House 2006)
“Yowza!” exclaims Kara Richardson when she sees the handsome proprietor of the new delicatessen in town, Gabe Paolino—who soon expresses mutual interest. This would be the start of a perfect love story, except for one thing—Kara has vowed to stop dating until she feels God’s leading.

But when humorous circumstances send Kara and Gabe on a road trip to Florida, hope springs anew. Even with Kara’s flirtatious coworker Tiffany—“a hyena in heels”—along for the ride, the uncouple begins a lively journey that could change their paths forever.

This memorable, charming story of love’s persistence captures the honor of waiting on God’s timing, and the adventure of finding the perfect guy to not date.
Posted by Crystal Laine at 2:29 PM