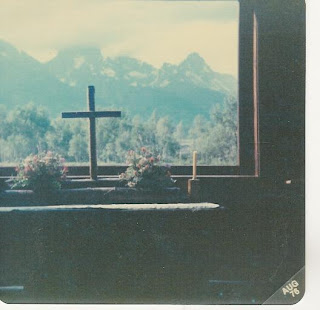 
Today is my 100th post! And in honor of that, I'm taking a trip--to Big Sky Country (that would be Montana)to talk to someone who lives there.(All by internet--ain't it a cool world?) I was in Montana right after I graduated from high school. It was gorgeous country and I loved every moment of being there--including the Saturday night on a Native American reservation. You felt as if you could walk right out on the clouds up on Going to the Sun Road. And I'll never forget Gunshot Pass or the Bighorn sheep who baaaed at us and told us to get out their way! (Yikes.)

Tricia Goyer lives in Montana and that's who I want you to know, if you don't already. No wonder she has big thoughts.

She is not that old, but yet she has been places in the world and the past. She has helped us to remember big events, and the courageous people in those events through her fiction. My favorite genre is historical fiction--and Tricia is one of my favorite authors in this area. That's why I am thrilled to be part of her blog tour with her new historical, Valley of Betrayal. While her other novels have been set in WWII (I personally know and have known WWII vets, even in my own family,)this one is set in Spain during the Spanish Civil War before WWII.

Tricia was researching her fourth World War II novel, Arms of Deliverance, when she ran across an autobiography of a B-17 crewmember. He said he made it out of German-occupied Belgium after a plane crash due to his skills he picked up as a vet of the Spanish Civil War.

Tricia said, "Reading that bit of information, I had to scratch my head. First of all, I had never heard of the war.And second, what was an American doing fighting in Spain in the late 1930s? Before I knew it, I uncovered a fascinating time in history—one that I soon discovered many people know little about. This is what I learned:

Nazi tanks rolled across the hillsides and German bombers roared overhead, dropping bombs on helpless citizens. Italian troops fought alongside the Germans, and their opponents attempted to stand strong—Americans, British, Irishmen, and others—in unison with other volunteers from many countries. And their battleground? The beautiful Spanish countryside."

Tricia is passionate when it comes to telling stories. It shows in the telling of this story of a war that lasted from July 17, 1936-April 1, 1939. Her character Sophie,an American,falls in love, and ends up in Spain right as the civil war bursts into conflict, and for reasons beyond her control, she ends up alone. The beautiful paradise rips open into a battlefield with fascist soldiers pitted against Spanish patriots. Her safety route is blocked, and she falls right into the firepit of fighting. She ends up taking refuge with a brigade of international volunteer compatriots--and she tells the story of these people through the power of her art.

This is what stood out to me--Picasso also portrayed portions of this war in his art. If you are an art afficionado, then this story will appeal to you as art is an important part of the character, Sophie. Then, there are the athletes. History fills the pages of this book and if you need to understand the times, the history of this war, this is the way to do it. Her attention to details and the history are superior.

"On one side were the Spanish Republicans, joined by the Soviet Union and The International Brigade—men and women from all over the world who have volunteered to fight Fascism. Opposing them, Franco and his Fascist military leaders, supported with troops, machinery, and weapons from Hitler and Mussolini. The Spanish Civil War, considered the “training ground” for the war to come, boasted of thousands of American volunteers who joined to fight on the Republican side, half of which never returned home."

But in this war there wasn't that "good guys triumphing over the bad guys" because there just wasn't a clear good guy/bad guy. Both sides did horrible things. Both sides had passion for their cause. To sort out who was whom, Tricia has a glossary in the book explaining the people involved:

Loyalists—
also know as the Republicans were aided by the Soviet Union, the Communist movement, and the International Brigades. If not for the weapons and volunteers from these sources their fight would have ended in weeks rather than years. While many men fought side by side, their political views included that of liberal democracy, communism and socialism. The Catholic Basque Country also sided with the Republic, mainly because it sought independence from the central government and was promised this by Republican leaders in Madrid.

Nationalists
—or Francoists were aided mainly by Germany and Italy. The Nationalist opposed an independent Basque state. Their main supporters were those who believed in a monarchist state and fascist interests. The Nationalist wished for Spain to continue on as it had for years, with rich landowners, the military, and the church running the country. Most of the Roman Catholic clergy supported the Nationalists, except those in the Basque region.

"An estimated one million people lost their lives during this conflict, and terror tactics to civilians were common," Tricia explains. "These are the stories behind A Valley of Betrayal."

If you enjoy historical fiction, then this is one to pick up because it tells a different war story and is set in the gorgeous countryside of Spain--not to mention the descriptions of the artist's work through the character of Sophie.

The things I so like about Tricia is how responsive she is on her blogs--and how she cares so deeply about people. She's open and tells her own story throughout the blogs she keeps and you'll find her own story on Generation X Parents--there's always a story big as the sky with a love big as the sky with Other books by Tricia Goyer:
Fiction:
From Dust and Ashes: A Story of Liberation
Night Song: A Story of Sacrifice
Dawn of a Thousand Nights
Arms of Deliverance: A Story of Promise
Night Song: A Story of Sacrifice

Nonfiction:
Generation NeXt Parenting: A Savvy Parent's Guide to Getting it Right

Life Interrupted: The Scoop on Being a Young Mom (Mothers of Preschoolers (Mops))

Big ideas and stories come from Big Sky Country--through Tricia.
Posted by Crystal Laine at 7:56 AM

Thank you for having me, Crystal!

What a delight you are and your stories are superb.Love historicals and I recommend them to anyone who loves historicals--but also who just loves a good story!