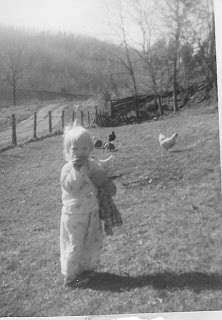 I'm still waking up each day this month, and trying to say, "Here I am, Lord, your favorite one," but today I have been thinking about Malachi for some reason. Now, if you are drifting and feeling lethargy in your spiritual life, you turn to the book of Malachi. It's kind of a jolt of reality. You get into self-examining or wondering how God is thinking, there are places to look in the Bible--and Malachi is one of them. His name (Malachi) means "My messenger."

Don't get too depressed as you are reading through all that apostasy of the people and admonitions. There is even a part where it talks about the evildoers prospering. They certainly do, but not forever. But there is this one part that is hopeful and makes me feel like I have so many with me.

"Then those who feared the Lord talked with each other, and the Lord listened and heard."

Pause and just think about this part first.

I've listened and not heard before--have you? When I was a first grade teacher my students would walk up to my desk (one-by-one) and do what I called "tattle-telling." It's one of those habits that probably grows into gossip. The main idea is to get the other person into trouble!

"Just wait until Mrs. Miller hears this! I'm telling!" and most of the time it isn't something to be heard--it's just plain ol' being mean.

It's hard when you are a little kid to know what should be told and what should be "let go." So, when a certain student who was the main tattler (rhymes with rattler) would hit my desk with a vengeance and a gleam in her eye, I'd take it with a grain of salt, most of the time.

Maybe I wouldn't "hear" it, depending on what it was.

My favorite one was, "He's looking at me! Mrs. Miller, make him stop!"

I had lots of answers for that one like, "Well, just don't look back," or "David, pop out those eyeballs right now before you burn a hole through her with those laser looks."

Usually, they didn't get the humor because frankly, first graders take everything you say in seriousness and literal language. Remind me to tell you THOSE stories. Ack.

But back to God. He listened and heard. Not only that, but it says,

"A scroll of remembrance was written in his presence concerning those who feared the Lord and honored His name.'They will be mine,'says the LORD ALMIGHTY,'in the day when I make up my treasured possession.(Me! You?) I will spare them just as in compassion a man spares his son who serves him.'"

I was thinking about this today. I'm getting older. I was thinking today about the obituary I wrote when I was 19-years-old (my own) in journalism class. We wrote our own obits to practice writing them for the newspaper. Back then I took a rather humorous approach to it. I made up all kinds of things I had "done" in my life. I had died when I tripped over my huge Colorado hiking boots by my bed, fell backwards out of our 4th floor dorm room, and was "billed" to death on my plunge to the ground by the ducks of the Ball State University duck pond (by our dorm.) (By the way, I rarely saw many ducks on the pond, but hey, even then I was interested in fiction.)

Anyway, I had already faced death a few times in real life, but I still thought, "Well, God kept me alive through that, so hey, maybe I'll live a long time."

These days I think more seriously about my approaching death and what I'd like to be remembered for. Maybe the best thing that could be said about me is, "She talked with those who feared the Lord, and she honored and feared the Lord. Her name is written on the Lord's scroll of remembrance."

I've been reading through these interviews of my 93-year-old grandmother's siblings. She has outlived two husbands and one child (my father,)and her brothers and sisters. It is kind of humbling to think about. But in this little notebook of memories that my dad's cousin wrote down, she stopped to ask them what their favorite hymn was! I was blessed by that. Remembering the old time gospel hymns.

I just hope that some of the nostalgia and memories here bless you.

Now, what is your favorite old time hymn? I will have to think about that. I used to sing all the songs I knew at the top of my lungs outside (not anyone to hear them except God, most of the time.) And I happen to know that God considers me His favorite hymn singer. (ha, ok this goes back to the beginning--I'm God's favorite.)
And the kicker to that one--who do you remember today who is now gone from this life? What do you remember most about that person?
Posted by Crystal Laine at 8:58 PM

I remember writing my obits in college too--kind of creeped me out back then. I haven't read Malachai in a while, but I love that God listens AND hears.

Remembering my precious Granddaddy today...what a godly man! His deep baritone often heard singing this song amid life's many hardships!

My favorite hymn is, "Great Is Thy Faithfulness." He has walked me through every joy and sorrow.

Georgiana, yeah, not exactly the job I had hoped to get, either!

Kim--love it that you wrote out the words and your memory of your Granddaddy!

Anna--another good hymn in memory. It's wonderful that the hymns of old remind us of God's faithfulness to us and that He is our friend and the Almighty.

Anna, if you are the Anna in my drawing on When I Was Just a Kid, email me at crystal.mrsinewa[AT]gmail.com and I'll still send you a copy of A Vow to Cherish!

One of my fav hymns is My Hope is in the Lord... who gave Himself for me. It speaks to me of simple trust in who God is and what He has done for us.

Who else do we have for life and eternity that will hold us in His hand and never let go?

And about remembering, my first husband who went home to be with Jesus when he was twenty-eight. I remember his smile and I see his reflection in our sixteen-year-old son :)