When I Was Just a Kid...W. Terry Whalin 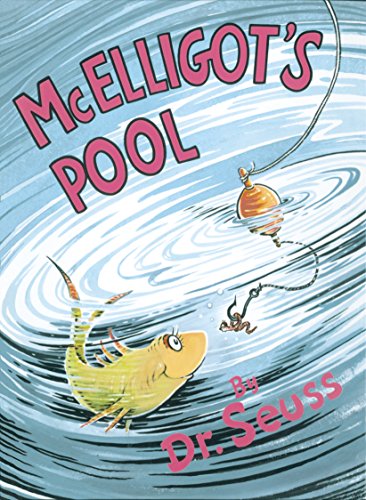 Do you ever wonder what someone like Terry Whalin was like as child and teenager? What kinds of books inspired him as a child? Activities and first jobs? Someone like him--accomplished and a well-published author of over 60 books, an editor, literary agent, who works with the American Society of Journalists and Authors, teaching at conferences--who knows everyone and everyone knows him? Who has interviewed the likes of Billy Graham and Chuck Colson?


I did. And he was gracious to take time from his really busy schedule to reply to my probing into his past--with the same dedication that he gives an important deadline, I must add.He seems to have endless energy, as well as bottomless encouragement to those who want to write. And no wonder he does so well with teaching--whether at a conference or online in various venues--it is really in his genes, we find out. And how many authors do you know who would climb into a speeding bobsled,just to experience the blinding fast motion of his subject, Olympic gold medalist Vonetta Flowers, to write a book? 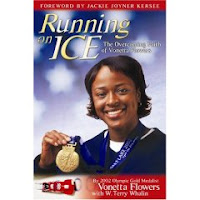 He patiently answers questions all the time from brand new writers or old pros. And he's the guy responsible for my cool writing advice widget on the right:Writing Tip of the Day. (Yes, these little gems are given out by Terry from his book, Book Proposals That $ell: 21 Secrets to Speed Your Success. )

And a life-changing moment came for Terry while he was a journalism student on the campus of Indiana University. That moment has in turn touched lives for years to come (or an eternity.)
From his bio:
A journalism graduate from Indiana University, Terry writes a wide spectrum of subjects and topics for the magazine and Terry has written more than 60 nonfiction books and published in more than 50 magazines. For five years, he was an acquisitions editor at a book publisher, and now he is a literary agent at Whalin Literary Agency. Terry encourages writers of any level (from beginners to professionals) at Right-Writing.com. To help people pursue their own dreams of a published book, Terry has written Book Proposals That $ell, 21 Secrets to Speed Your Success.

Let's take a look at how Terry Whalin got started in life:

Childhood Ambition: Newspaper reporter chasing deadlines and stories
For most of my education, I had little idea what I would like to do with my life. I often thought about becoming a schoolteacher since this career is ingrained in my family DNA. My grandfather Whalin was a high school principal and superintendent in a small town in northeastern Kentucky. His father was a Kentucky teacher and the majority of his children (including my grandfather) went into some aspect of education. It's why the industrial arts building at Eastern Kentucky University is named after my great uncle Ralph Whalin. I'd say schoolteacher was as close to an ambition that I had beyond newspaper reporter. 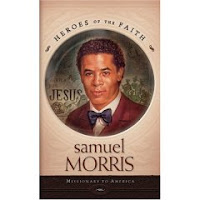 Fondest Memory (then): Curled up on my granny's couch during the summers in Frankfort, Kentucky reading a stack of biographies from the library. I've always loved books and on those rainy summer afternoons, I pored through the pages of real life stories. It built something special into my background, and is probably why I love to tell the stories of others.

Proudest Moment (then): Two or three years in high school, I went to the finals in the National Forensic Society in the discussion category. Each weekend, I traveled with the speech team to a different part of the state to compete and it was a regular part of my high school life. I wasn't an athlete but I did get a high school letter in speech. Almost each weekend I came home with some place in the event--first, second, third, fourth or fifth. My parents gave me a lot of affirmation for this work.
A close second would be when I earned my Masters Degree in 1984. My parents both came for the graduation. It was a little replacement, because I blew off my college graduation ceremony (even though they invested a lot of hard earned money in that period of my life). Thousands graduated at the same time from my college but only a few of us achieved the Masters Degree at the University of Texas at Arlington in mid-year. It was a special experience for me.
Biggest Challenge as a child or teen: One of my greatest challenges came in junior high school (7th grade,) which is a difficult time for anyone. Our family moved from northeastern Kentucky to Townsend, Maryland (a suburb of Baltimore). People wonder about my growing up years in Kentucky and how little drawl is in my accent today--and it's because of this experience. I have clear memories of standing in the recess at the junior high and guys in my class surrounding me saying, "Say PENNIES for us, Terry." I had no idea how to say the word--but I quickly learned and changed my dialect of English--of course, it reverts back whenever I spend any time in that part of the country. My wife will look at me and wonder what has happened to me--but I naturally make the transition each time--then, to her relief, transform back to my normal dialect when I leave the area.

My First Job: In high school, I worked part time at the local newspaper. In general I wrote obituaries and clipped articles for their "morgue" (where the clippings were stored back then--something that is long gone, I'm certain). It gave me a taste of the journalism world.

Then, between my freshman year in college and my sophomore year, I worked on the railroad section crew. Yes, I drove spikes and shoveled gravel all summer with a bunch of guys in a beat-up work truck. I rented a room in Gaston, Indiana (not far from Crystal's home) and struggled to keep up with these stronger men. I would have been fired in the first two weeks except my father was a railroad executive. Whether they liked it or not (and I liked it or not,) I was there for the duration of the summer. I did make some good money toward my college that summer since the job paid well--much better than anything in journalism at the time.

Favorite Childhood Book: One of the early Dr. Seuss books--and a little known title:
McElligot's Pool. I love this book and still have a copy.

Childhood hero: Superman, of course--comic and the old TV show--loved both of them.

As a child I never expected that as an adult I would: have the opportunity to write books similar to the ones I loved as a child. I'm thinking of some of my biographies that I've written about people like Billy Graham, Luis Palau, Chuck Colson, John Perkins, Sojourner Truth and Samuel Morris[Crystal Editor here: There's a hall at Taylor University in Upland, Indiana named for Samuel Morris. Inspiring man.] It's been a thrill to put together these books and have them help others learn about these remarkable people.

Terry shares with us: "Where we've come from does feed into our lives as adults--but it's not the only factor. If we are open and constantly growing and changing, then we can do much more than we ever dreamed as possible. We serve a God which Paul writes about in Ephesians: He is able to do exceedingly abundantly above all we ask or think. I can think some amazing things and God is able to do above those thoughts." 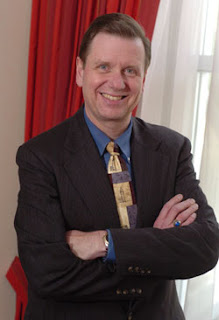 Terry and his wife, Christine, live in Arizona where he has his literary agency and writes.

If you'd like to find out about his literary agency: http://www.whalinagency.com/

Need to know about blogs? Terry can help you there:
http://www.right-writing.com/blog.html

http://www.insidercom.homestead.com/WritersHelpsbasic.html
For Terry's blog:
http://www.thewritinglife.ws/
To find a copy of Terry's book, Book Proposals That Sell:
http://www.bookproposals.ws/
For 49 cents you can find out how to rejection-proof your manuscript: http://www.amazon.com/Straight-Talk-Editor-Rejection-Proof-Submission/dp/B000KHX8S4

For some of the books Terry has written:
http://astore.amazon.com/terrysbookstore-20


Now, you, too, have plenty to keep you busy, if you're interested in writing.

Posted by Crystal Laine at 8:22 AM

I have to agree that Terry knows everyone, and everyone knows him. He's great!

I have his book, and I love it!