When I Was Just a Kid...Colleen Coble 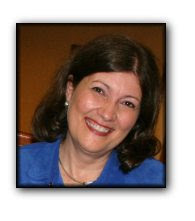 When Colleen was just a kid, she wanted to be a Latin teacher. But if you think about it, it makes sense. She loves words. Period. Latin is the basis of much of our culture and words. Colleen conveys culture and words--in her own special way.

Colleen Coble writes romantic suspense with a strong atmospheric element. A lovable animal of some kind--usually a dog--always populates her novels. She can be bribed with DeBrand mocha truffles. So, if you think about it, long and hard, she went beyond her wildest dreams by writing her way into authorship.

Her over thirty novels and novellas have won or finaled in awards ranging from the Romance Writers of America prestigious RITA award, the Holt Medallion, the ACFW Book of the Year, the Daphne du Maurier, National Readers' Choice, and the Booksellers Best awards. She writes romantic mysteries because she loves to see justice prevail and love begin with a happy ending.

And her eyes light up when she talks about her publishers, her career, but especially the words--the writing. She is not a self-centered, selfish, holing-up-in-her-lair type, either. Oh, no. She is a whirlwind of relationships--from family to friends to readers to professionals to geocachers (that last one the result of research for her book,Abomination, which was recently released.)

She lends out helpful advice for writers in the American Christian Fiction Writers organization and has won Mentor of the Year two years running, 2004 and 2005 (This year's award will be announced in September at the national convention.)She loves working with new writers as her schedule allows.

Let's find out what Colleen had to say about her childhood:

Childhood Ambition: To be a Latin teacher. LOL

Fondest Memory (then): Hula hooping down the steps along the hillside of my home 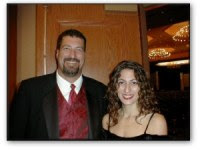 Proudest Moment: The day each of my children were born.
Biggest Challenge as a child or teen: Learning to talk to boys. LOL(Crystal Editor's Note: Not only did she get over that "talking to boys" thing--she has Dave to prove it--but she is not afraid to talk to anyone. I have stories...)


My First Job: I was an aide at a nursing home. It lasted all of one day. LOL Looking back, I often wish I'd stuck it out. The experience would have come in handy when I was caring for my grandpa during his colon cancer.

As you can see, many things here influenced her writing today. 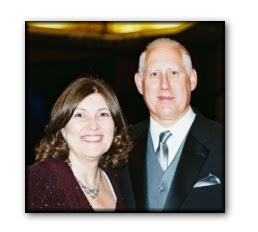 RITA finalist Colleen Coble lives with her husband, Dave, in Indiana and is generous about her discoveries and life. Recently, she found a way to alleviate the numerous occurences of her migraines, and logged her experience and sources on her web site. If you, too, experience migraines and are finding no relief, try checking what she has to say.

She is the author of Abomination, The Lonestar Sanctuary, The Rock Harbor Series, The Aloha Reef Series, and two Women of Faith fiction selections, Alaska Twilight and Midnight Sea. Visit her website to see descriptions and a multitude of recommendations for her friends' books--you'll never lack for something to read here.
To see a list of Colleen's books published by Thomas Nelson, go here.

A serial killer mutilates his victims, leaving the bodies at various geocaching sites with obscure religious references. When the killer targets Eve Andreakos, a woman he holds responsible for his wife's death, she barely escapes with her life. Eve flees to Rock Harbor with 2 year old Keri. Eve has just begun to relax when she and her friend Bree stumble on a mutilated body at a geocaching site. Eve knows the killer has found her again. Events spiral out of control when her ex-husband shows up and her long lost sister appears. Before it's all over, Eve will need to reach inside and find the strength to fight back before the killer destroys everything she loves. To read an excerpt go to this Christian Book store site.

Allie Siders is a mom desperate to help her daughter, Betsy, speak again as they struggle to escape from a stalker looking for revenge. She has a specific sanctuary in mind—the peaceful Bluebird Ranch, in the blue-bonnet blanketed Texas hills. Betsy hasn’t spoken a word in months and Allie is determined to do everything in her power, including giving up her dream of winning the barrel racing championship, to find a safe haven for both of them and help Betsy heal.

You can only get Lonestar Sanctuary through the book club, Crossings.

Colleen herself is a voracious reader and believes firmly in writing books you would like to read. Colleen says,"Write what you read. This is a pet peeve of mine. I can’t begin to tell you how many manuscripts I’ve looked at for aspiring writers who are trying to write something they don’t like to read. It never works! There’s something about reading that helps you learn to write. You subconsciously pick up how to structure scenes and the tension and conflict necessary to write in your favorite genre. What works in suspense doesn’t work in chick lit."

Good advice to heed, if you are an aspiring writer!

To find out more about Colleen you can check out her blog that she writes with author friends, Diann Hunt, Denise Hunter and Kristin Billerbeck. 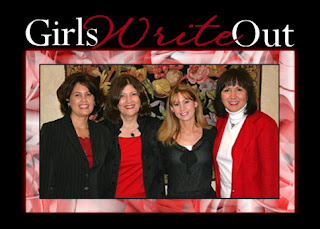 Go to this site to see an online interview with Colleen Coble and Lori Wick being interviewed on the internet program "Deeper Living."
Posted by Crystal Laine at 11:18 AM

Great blog Crystal! And I can't wait to get a copy of Abomination.