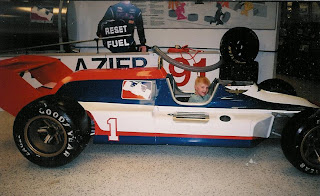 I'm an American--my ancestors were both Native American, and immigrants coming from overseas to settle here even in the early days that this country was formed. (At least one of those ancestors was here in the 1700s.) July 4th, or Independence Day, is one of my favorite holidays. When I was just a kid, I remember sparklers, town fireworks, camping on the Tennessee River, fishing,and eating hush puppies, fried catfish, and home-cranked ice cream. I remember the steamy heat of summer, and back in the day, we'd say, "Knee-high by the 4th of July" which meant that corn would be as high as your knee by today. (Now, it's considerably higher, thanks to agricultural technology and hybrids.)

We take our freedom for granted, and this is a great gift. Norman Rockwell painted four illustrations that demonstrated these great freedoms that President Franklin D. Roosevelt pointed out to us in his Four Freedoms Speech: Freedom from Fear, Freedom from Want,Freedom of Speech, and Freedom to Worship.

But this week I have been thinking about some other freedoms going on in my personal life. Son #4, the youngest, is learning to drive. He passed his written test last week and felt pretty giddy about it. But with freedom comes great responsibility, as #4's three older brothers can tell him. And with his new freedom on the verge of being exercised (granted he passes his driving test in 60 days,) my freedom from fear goes straight out the window.

I remember well learning to drive. I had Mr. Ford, the head basketball coach, for my instructor. He was in this horrific crash as a teen that left him unable to fully turn his head to look at you in the backseat. This reminded us vividly what could happen. He related to us, rather painfully, how he was with a bunch of his friends and one of those boys died. It made you almost wish you lived in the middle of a big city with mass transit, instead of in the middle of a cornfield with miles to go for jobs and school and things like movies.

But while he was pretty scary, he also made you earn your license and independence. In my driver's ed car there were 3 girls. Mr. Ford would make us drive to Fairmount and while he chatted with his basketball players hanging out on the street in front of the teen hangout and pool hall, we girls had to change the tires. Nothing was more humiliating than having the star basketball players--juniors and seniors--laughing at you trying to budge a lugnut.

I had a great last laugh, though, because not only did I pass my driver's test, my dad bought this boss of a car for me to drive (well, he also liked driving it): a 1969 Candy Apple Red Mustang Grande. It had a 351 Cleveland engine and was hot to "git." While I drove it at speed limit (I promise you, I did,) my dad, a ridge runner from the hills of Tennessee, well, er, didn't always. He claimed he had it going so fast that it began to leave the pavement and he had to back it down in order to keep it from flipping (being that it was lightweight.)

My dad loved cars. He traded often. He could describe to you his first car in great detail, was driving by age 9, and he had dreamed of being a race car driver. He was an owner-operator 18-wheel semi-truck driver by profession with a chauffeur's license, but I remember spending many hours watching the stock car races at local tracks. He was a fan of A.J. Foyt and back in his dumptruck days he was part of the crew who helped to turn the Indianapolis 500 track from bricks to pavement.

When I went off to college, my dad told me I could sell that '69 Mustang in order to have money to go. While he loved cars, and really loved my Mustang, he loved me more and that money was to be part of my own freedom. That car represented a lot to me.

So, I suppose it is in my boys' genes to want to drive a car, and have their independence. I know it was in mine. They have great opportunities that my dad could only dream about; that I was given; and that I, and their dad, are able to give to them, too.

Freedom! The greatest thing on earth.
Posted by Crystal Laine at 10:27 AM

Great post, Crystal. I enjoyed being driven down memory lane.