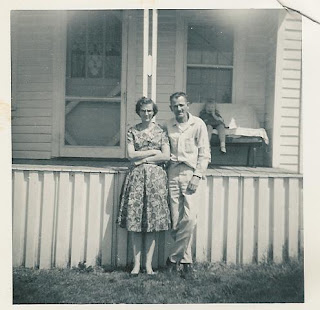 There's a sign I am thinking of getting to hang in my office that sums up what I am writing in my fiction--"Home is where your story begins."

We all have ideas of what or where "home" is. Some people have moved around a lot and home is wherever family or certain memories are. I have moved around a lot, but have only lived in Indiana and Tennessee. As a kid, I lived in 7 different places. As a married adult, I've had 6 different homes in four different towns(or near towns) in 26 years. We have lived in this home the longest, and it's where my boys basically grew up (elementary through college--10 years) but it hasn't really felt like "home" to me. It is "home" to my boys, and if/when we move from here, they will have memories of this being home.

I have always had a feeling of "home" in Tennessee. My dad's family has lived there for several generations. Originally they came from England and some came from Ireland. Rileys,Morrises, Throgmortons, Youngs, Warrens and Treadwells. They landed in North Carolina and Virginia, and made their way to a place in Middle Tennessee, down into a valley, near a river.(Your ears pop as you make the descent.) One part of my family were already there--Native Americans from the North Carolina/Tennessee border (Cherokee.)

Most of the family has stayed there in Tennessee. My dad left as a 16-year-old, and never moved back. But since I lived with my grandparents there as a baby/toddler when mom battled TB in a hospital, I always hoped we would move there to where he was from. Every year dad would get that "I've gotta go home" and would talk endlessly about moving "home," but we never did. I would cry for miles and miles and miles when we'd leave after a visit. I could hardly stand the ache of not being there.

It was not just the people whom I loved--it was also the landscape and feeling I had while being there. It was the smell of homecooking and pine and smoke. The taste of country ham, preserved pears,hush puppies and a Co-Cola with peanuts dumped into the green glass bottle. I could close my eyes and feel the heat and humidity that left you damp like you'd just had a steambath. The sounds (both of speech and nature)sounded natural and part of the rhythms in my heart. The undulating swells of land and the ribbons of river rested my eyes.

In Gone with the Wind, Scarlett always wanted to get back to Tara in Georgia every time something happened to her and she got homesick. "Home!" was the repeated word in her mind. I identified with Scarlett on that score. But today was the passing of a generation without the funeral. I wasn't there when some of my 92-year-old grandmother's things were partialled out to get ready to sell her home. Her house wasn't the house on Watertank Hill in the photo above (that seemed like home to me,)but it held things I remember.

Grandmother lives in a nursing home now, and both of my parents are dead (and I was the one who had to sell my parents' home.) I have aunts, an uncle and lots of cousins, and shirt-tail kin, but most of them think of their own homes and families now, and I wasn't a steady part of that since we've all grown up. I no longer have a "place" where I know I have a bed and a hot meal at the spur of the moment, if I get the urge to see home. It's like mom and dad dying all over again for me. It really will not be the same for me.

Today was a passing. And I know those down there feel it, too. But this place you see above in the photo is part of where my own story began. It was home. I can go there any time I close my eyes or even dump peanuts into my "Co-Cola." It's where my story began, but won't be where my story ends.

So where is home on earth for you?


(P.S. My Grandmother and Granddaddy in this photo were about the age I am now! I thought they were ancient. Now I know better.)
Posted by Crystal Laine at 6:59 PM